"If there was a smartphone could only recharge giving life to ten minutes, people would do ". Charlie Brooker, creator of the not-so-futuristic and dystopian series Black Mirror, well defined in an interview some obsessive relationship between people and technology. It may sound exaggerated, but there are people willing to risk their physical integrity on their phone intelligent.

Ella Birchenough, a young 16 years old, showed how far she is willing to go out of love for her iPhone. The young woman was Stuck in a sewer de Eaves Road, and Dover, while trying to retrieve his cell phone fell from him. 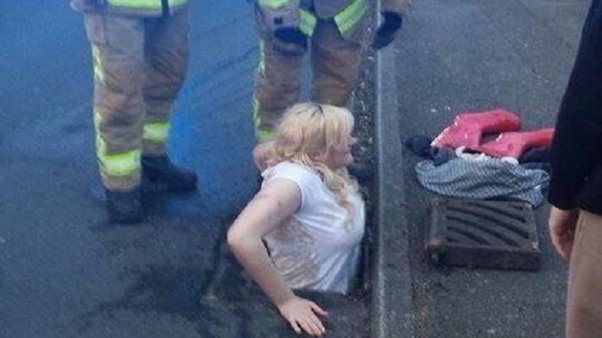 Birchenau bought the phone two weeks ago. Like many people, walked down the street using his new toy, but wanting to keep it in the pocket, Mobile slipped and fell down the drain. Horrified, no thought nor to ask for help or any better than opening the hatch and try to grab the iPhone with feet option. Until he was stuck.

A witness related the moment to the BBC, describiéndolo as "a moment of comic gold". "She was more concerned about retrieving your phone being taken out of the hole", destacó Tim Richards, of 22 years old, wondering "How I thought I was going to get his phone?”. Also, a taxi driver who witnessed the event came to fear for the life of the young jammed. "My God, he will drown!”, thought. 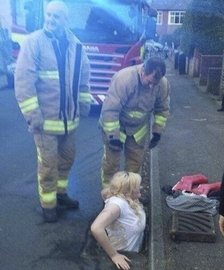 Both Richards and mother of young, who attended the scene, They tried to help, but were eventually firefighters who had to take up the matter to refloat the situation.

The question that haunted the minds of many is clear. How far can someone go for your smartphone? Most surprising is the lack of surprise at the limits (or limitations) Human beings and their relationship with technology.