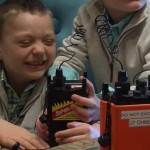 Joe Mauser takes fighting leukemia since he was four years. Now, after more than 24 months of treatment is about to win the first major battle and, who knows, Also if the war against disease. To celebrate, his parents wanted to reward him actually becoming one of their biggest dreams: demolish a building.

Last November Mauser Mathew and Kim won a blind auction that gave the right to choose who would press the button to trigger the explosion that was to end with the centennial nursing school in Des Moines (Iowa, U.S.), from an abandoned building 1999.

Last Sunday at 7 Morning Joe and his brave little brother Nick, five, gritaron con fuerza “¡fire in the hole!” (literally, 'Fire in the hole'), a warning used in English-speaking countries to indicate an imminent detonation of explosives. 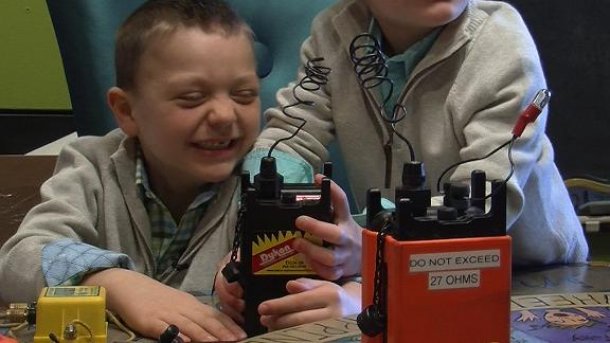 Then tightened on the remote control connected to the 300 installed in the old building loads and during 18 seconds viewed amazed how collapsed before his eyes like a house of cards before taking the car from his parents with a huge smile full of hope.

“Down Syndrome and I am happy”. Do not miss the beautiful video that these guys have recorded for future frightened mother