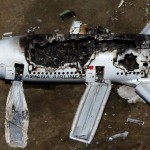 Nearly fifty aircraft accidents are among the deadliest in recent 15 years old. In 2010, the worst year ever, There were seven great tragedies and over 700 Dead people. The incident on Thursday, 17 July, the second is produced in 2014. A Malaysian passenger plane, with 295 persons on board, It has crashed in Ukraine, near the border with Russia. Ukrainian Interior Minister has assured that no survivors, Speaking to Interfax citing Reuters.

17 July: a Boeing 777-200 Airline Malaysia Airlines, from Amsterdam and 295 Passengers on board, crashes in Ukraine, near the border with Russia. No survivors. according to the Ukrainian authorities.

7 March: Disappears from radar B777-200 Boeing Malaysia Airlines. Flight MH 370 He wore 227 babies- and two passengers -including 12 crew. Covered the route Kuala Lumpur to Beijing. The search for remains has not yielded results so far.

11 February: 77 people die on board a Hercules transport aircraft C-130 in which soldiers were traveling and families of members of the Army. It crashes in a mountainous area in the eastern Algerian province of Um El Buagui.

17 of November: a Boeing 737 Tatarstan Airlines crashed while landing in Kazan (Russia). die 50 passengers who were on board.

6 July: a Boeing 777 Asiana Airlinesse crashes while attempting to land at San Francisco International Airport. They killed two people who were sitting in the seats of the airplane tail.

3 of June: A jetliner crashes into a building in the city of Lagos, a Nigeria. Killed more than 150 people.

20 of April: a Boeing 737 It crashes in the vicinity of the Chaklala military base, cercana a Islamabad. No survivors. On the plane traveling 121 passengers.

26 July: Eighty people die crashing a military aircraft C-130 Hercules in the province of Guelmim, to some 800 kilometers to the south of the Moroccan capital.

8 July: A 200 meters from Kisangani International Airport, to the northeast of the Democratic Republic of Congo, Boeing 727 Congolese company Hewa Bora Airways crash. 74 his 118 occupants die.

9 from January: 77 of the 100 passengers of the Boeing 727 IranAir killed in an accident near the town Orumiyeh (Iran).

4 of November: die 68 people, including a Spanish, to the plane crash in central Cuba. The damaged unit belonged to the Cuban company Aerocaribean, flight 883, and covered the route from Santiago de Cuba to Havana.

24 of August: 42 people die and 53 injured to crashing an airplane E-100 Embraer, Chinese chartered airline Heann Airlines, near the runway of the airport in Yichun Lindu (China).

The 28 July: 153 people lose their lives in the crash of a company Airbus A321 from Air Blue Karachi (Pakistan) against the hills of Islamabad.

22 May: More of 160 people die in India after crashing a plane at the airport in Mangalore, to the southwest of the country. The device went off the runway and burst into flames.

12 May: One hundred people are killed after a plane estrelllarse, from South Africa, in the Libyan Tripoli airport

10 of April: 95 people, including the Polish president and several senior members of the Government, die after crashing the Tupolev Tu-154 they were traveling near the Russian city of Smolensk.

25 from January: Boeing aircraft 737, with 90 persons on board, falls into the sea off the coast of Beirut (Lebanon).

15 July: A company Tupolev Iranian Caspian crashes with 168 persons on board.

30 of June: an Airbus 310 Yemenia company falls into the Indian Ocean. Only one of the 153 people on board survives.

1 of June: an Airbus 330 Air France crashes into the Atlantic Ocean after taking off from Rio de Janeiro for Paris.

20 May: A Hercules C-130 of the Indonesian military crashes into a village on the island of Java. 97 people die in accident.

14 September: The flight 821 de Aeroflot, Boeing 737, It crashes near Perm airport, Russia. Their 88 occupants are killed in the accident.

20 of August: The flight 5022 Spanair, un McDonnell Douglas MD-82, nothing crashes takeoff at the Barajas airport, Madrid. die 154 of the 172 occupants.

1 from January: a Boeing 737 Adam Air, with 102 persons on board, It crashes into the ocean near the island of Sulawesi, en Indonesia. Killed all occupants of the plane.

29 September: The flight 1907 Gol Transportes Aereos collides with an Embraer Legacy business jet and crashed in Mato Grosso, Brazil. The Embraer Legacy, with seven people on board, lands without injured while dying the 154 passengers of the Boeing.

22 of August: The flight 612 Pulkovo crashes in Ukraine. The accident killed the 170 people who were on board.

9 July: an Airbus 310 Company S7 Airlines crashes into a concrete barricade and fire during landing in Russia. die 128 of the 203 passengers.

5 September: The flight 091 Mandala Airlines, Boeing 737, crashes in Medan, Indonesia. die 103 passengers and five crew members, in addition to 47 people who were at the scene of the accident.

14 of August: The flight 522 Helios Airways falls near the Greek city of Kalamos. Not survive any of its 121 occupants.

3 from January: The 141 occupants of a Boeing 737 Flash Airlines die crashing the device in the Red Sea.

6 March: a Boeing 737 Air Algerie exits off the runway during takeoff. die 102 people.

8 from January: The flight 634 Turkish Airlines crashes in the maneuver approach to the airport Diyarnakir, Turkey. die 75 people.

25 May: a Boeing 747 China Airlines explodes in midair over the Taiwan Strait, apparently due to structural problems of the plane. dIE 225 people who were on board.

7 May: A McDonnell Douglas MD-82 falls near Dalian, en China, after a passenger cabin catch fire. die the 103 passengers and nine crew members.

15 of April: The flight 129 Air China crashes on landing at the airport trying to Busan, in South Korea. die 128 people.

12 of November: An American Airlines Airbus A300 crashes in New York. die 251 passengers, the nine crew members and five people who were in the place.

23 of August: The flight 4590 Gulf Air crashes in the Persian Gulf near Manama, Bahrain. die the 143 passengers and eight crew members.

25 July: An Air France Concorde crashed shortly after takeoff in Paris. die 113 people and the Concorde fleet is retired.

31 from January: MD-83 flight Alaska Airlines falls into the Pacific Ocean near Point Mugu, California. die the 83 passengers and 5 crew members aboard.

30 from January: A Kenya Airways Airbus A310 falls to the sea off Ivory Coast. die 169 people.

31 October: The flight 767 Egyptair falls into the ocean near Massachusetts, USA. die the 217 passengers.

31 of August: a Boeing 737 you leave the track in Buenos Aires and crashes into a golf course. die 64 of the 103 passengers.