Was the Titanic cruise the deadliest in history? The answer is NO. Atento because in this article you will find a collapse that caused more than 9.000 dead, six times more than the famous Titanic. 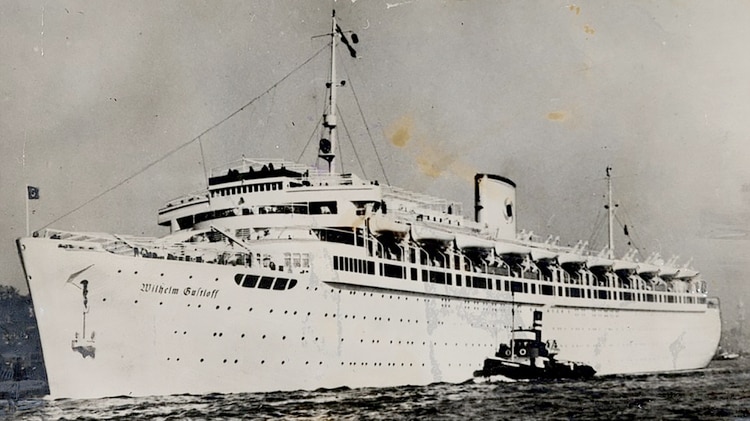 The deadliest maritime disaster in history was not exactly an accident. The MV Wilhelm Gustloff was built as a cruise tourism organization operated by the state of Nazi Germany, but later he served as a hospital ship for the German navy and floating barracks. For him 30 of January of 1945, the Germans were losing the Second World War and the Russian army was approaching. On that winter morning, 10,582 People were packed on a boat designed to transport 1.900. Among the passengers were Nazi officers, wounded soldiers and thousands of civilians, many of whom were children. A Russian submarine saw the Gustloff, He is moving slowly and was not marked as a hospital boat, and he shot three torpedoes. Many of the lifeboats were frozen on the deck and would not have been enough to save more than 10.000 persons on board. More of 9,000 passengers died in the icy waters, more than six times more passengers who perished in the sinking of the Titanic.

A cruise can be an oasis of calm in turbulent waters, but it is also a Petri dish of disease in which the virus ricochet from one passenger to another. In 2014, the cruise ship Explorer of the Seas of Royal Caribbean from New Jersey to the Caribbean earned the dubious honor of being the boat sicker passengers than any other boat trip from the Centers for Disease Control and Disease Prevention began keeping statistics for more of 20 years old . Most cruise diseases are the result of a norovirus that causes inflammation of the stomach and large intestine, as well as regular trips to the “head”. If you're wondering how to stay healthy on a cruise with sick passengers, wash hands abundantly (and avoid sick people) it's key. Insects pass quickly through contact with the rails boats, the bathroom doors and buffet type food.

A fire generator Triumph Carnival Cruise Lines ship left without power, and a comedy was born last minute: “The Poop Cruise”. No working bathrooms, Passengers were forced to drop their loads in red bags “dangerous residues” and fill them in garbage containers left in the hallway. Passengers described carpets soaked with more than two inches of raw sewage. Press reports described the scene as a “shanty town” and a “new circle of hell”. By the reports, a passenger called her husband and told him that his daughter 12 years had Skittles for breakfast. It took four days for the Triumph towed from the Gulf of Mexico to Mobile, Alabama, where you can smell the boat from the dock. Later, 31 passengers called for long-term damage, including PTSD, and they demanded. After the verdict, 27 of them they were divided $ 118,000, many earn less than $ 3,000 (less legal fees) for their problems.

When the Royal Pacific was launched for the first time as a passenger ferry 1964, could carry 250 passengers, 91 cars and 16 trucks. Sold and converted into a cruise at the end of the decade 1980, the first trip of the boat was a “cruise to nowhere” two nights left Singapore and sailed Phuket, Malacca and Penang before returning home. Around the 2 a. M., When most passengers were asleep, the crew heard a loud bang and the dishes on the buffet table crashed to the floor. A Taiwanese trawler, Terfu 51, He had accidentally rammed the ship, leaving a six-foot cut on the side. When the trawler away, a deafening sound of metal scraping against metal was heard. The public address system was not working properly in the pot, but the security officer went downstairs to inspect the damage. When I come back, He told everyone that put their life jackets. Reports vary on how many passengers were impacted, Most counts are 30 and 70 injured. Several passengers also complained that a combination of Greek-speaking crew, English and Mandarin led a few people understand what someone was saying.

History SS Morro Castle It is so terrible, it is surprising that no producer of Hollywood has turned the story into a horror movie. Director Fritz Lang actually collaborated on a screenplay about the tragedy and called “Hell Afloat” (which it is a fairly accurate description), but he never did. Between 1930 and 1934, SS Morro Castle regularly transported over 480 passengers between Havana and New York. While he was on board, Depression was not to worry and no prohibition, which it meant a lot of alcohol-fueled parties. However, September return 1934 of Cuba to the Big Apple he seemed to be cursed. The 7 September, Captain Robert Wilmott complained of stomach problems after dinner and retired to his cabin, where he later died of an apparent heart attack. The commanding officer William Warms took command and a few hours later, around the 3 am del 8 September, He started a fire in one of the storage lockers. Attempts crew fighting the fire were neglected and inadequate, and soon the fire could not be contained. Many crew members left the ship, leaving passengers confused to fend for themselves in the dark corridors and smoky. Some jumped from the deck to his death in the water. Rescuers lined up on the Jersey shore to meet lifeboats carrying passengers. The next morning, the fiery black hull SS Morro Castle ran aground in Asbury Park, New Jersey. Of the 549 people aboard the cruise, they died 86 guests 49 crew.

Many experts 1912 they considered the Titanic “insumergible” They were proved wrong on the maiden voyage of the ship from Southampton to New York City. Thomas Andrews had designed the ship to withstand frontal collisions and other ships rammings. However, the North Atlantic Ocean iceberg that toppled the ship scraped five of its 16 compartmentalized. If only I had gone through four, the ship would have stayed afloat. Titanic lifeboats, Similar to other systems at the time, They were designed to drive passengers to nearby rescue boat, not to take them to the shore. Unfortunately, the aid was many hours early 15 April when the boat was sinking. Poor organization of the crew also caused many lifeboats to leave the boat at a capacity much less than full. Also, only they had enough ships to approximately one third of the people on board. Como resultado, more of 1.500 Dead people, either on the ship or in the icy waters, waiting for help. A recent theory suggests that a fire that started in the hull before the ship sailed weakened the steel walls of ship, making it susceptible to an iceberg that would not normally have caused so much damage. You still want to ride the Titanic? Blue Star Line company billionaire Clive Palmer Australian is building a modern replica of the ship, called Titanic II, that will sail in 2018.