A new study has shown the extraordinary rebirth of a coral island in the Pacific, devastated by a typhoon over a century ago.

Scientific Murray Ford and Professor Paul Kench investigated the changes that have taken place in the atoll Nadikdik (a coral reef in a ring in the Marshall Islands) from 1905, when a typhoon destroyed much of the coral islands of the zona.Ahora, aerial images of the island show a significant recovery of the same, environment to 25%, between the end of World War II and the year 2010. 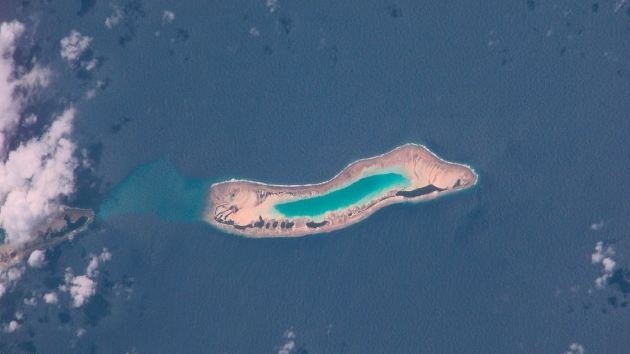 En only 61 years old, A deposit became an island with vegetation steady. Also, several small islands have been previously formed by agglomerating to form a single larger island.
“The storm obviously generated a huge volume of sediment released on the islands and lots of coral, what has helped reorganize”, Ford explains. De facto, continues, the new island has been forming in the same place as the previous ones. “Evidence suggests that despite the typhoon occurred over a century ago, geomorphic setting of the islands is still ongoing”.The study indicates that the “message” transmits real than this discovery is that “an event of great magnitude can destroy both islands cause a series of processes that allow them to be recreated”, something that scientists continue to investigate.

Amazing what this guy with a ball. No you dare desafiarle, 'll be ridiculed or