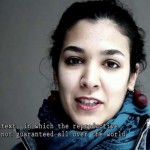 We say no to the new abortion law in Spain, English, French, Italian, Portuguese, German, Persian, Chinese, Turkish, Galician, Basque, Catalan and Spanish. It depends on you that this message reaches all corners of the world to pressure the Minister Ruiz Gallardón.

Say no to the new abortion law in Spain from Feminismos 15MBerlin on Vimeo.

In the midst of an economic crisis that is being used as an excuse to carry out endless welfare cuts , the conservative Popular Party government in Spain aims to impose new abortion law , even more restrictive than the first time 1985 . This project is carried out without taking into account the opinion of the majority of the population and under the supervision of an expert committee , all male , only with the support of the most reactionary sectors of the Catholic Church. The main objective of this law is infantilise Spanish women and limit their own decisions about their own bodies.
All this happens in a secular state assumes . In mid-February, opposition tried to stop this bill , unsuccessful because of the absolute majority of the Spanish Popular Party in Parliament . It is urgent now to show the media and international support for women in the Spanish State.

In this context, in which reproductive rights are not guaranteed worldwide and abortion is still penalized or even banned in some countries , This is a clear attack on the historical achievements and part of a global strategy of the oppression of women . The Spanish case is not isolated : last December the Estrela report , trying to ensure the right to abortion in cases of rape at European level, was rejected in the European Parliament .
Thus , we demand:

We will create a network of support and solidarity, and convert this 08 March in a call to guarantee the rights of women.
Our body, our choices.
We parimos, we decided.